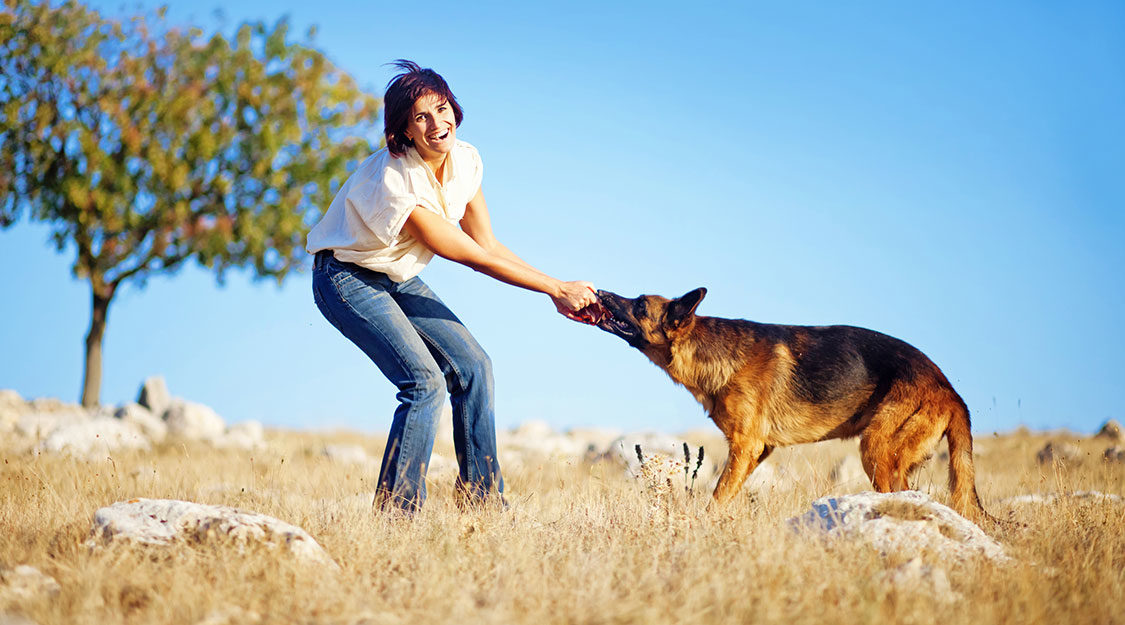 What makes a dog learn? Why does he do the things he does? Attempting to break the family dog of bad habits can be frustrating without the knowledge that it takes the average dog four days to learn the average thing.

Being unaware of this fact causes many dog owners to feel they’ve got the “dumb mutt”, when actually, they haven’t given Buddy a few hours, let alone four days, of proper schooling. Trying to teach Buddy without the knowledge that dogs learn by associating their actions with a pleasant or unpleasant result, can be equally frustrating.

With this knowledge firmly entrenched in our minds, let’s take Buddy, and transform him into a welcome addition to any family.

The most common complaint among most new dog owners is housebreaking. The old idea of rubbing the dog’s nose in it and throwing him out the door just doesn’t seem to meet with the desired success. Naturally not!

Dogs learn by associating their actions with pleasing or displeasing results. If a dog’s action of having an “accident” on the living room carpet results in the displeasing experiences of having his nose rubbed in it and then flung out the door, your buddy will learn in short order that it’s much more pleasing to have his “accidents” in locations where he can’t be seen having them – the bedroom, the kitchen, the closet, and any other out-of-the-way place that you don’t happen to be occupying at the time.

After all, every dog knows that he can’t be punished unless he’s “caught in the act.” The key here is that not only must the dog be chastised and shamed for eliminating indoors, but he must be rewarded with enthusiastic and genuine praise when he accomplishes the act outdoors. This means that you’ll have to accompany him outdoors as often as you can during the necessary four days that it will take to get the point across.

The second most common complaint is destructive chewing. Most dog owners fail to realize that Buddy must be considered a puppy until he reaches maturity at 18 months. This fact may be hard to accept if Buddy happens to be a Saint Bernard. It’s hard to label a 200 pound dog a “puppy” … but if he’s under 18 months, he is just that – a puppy!

Puppies need to chew. They require it just as a baby needs a teething ring. Unless the dog owner provides the chew toys, Buddy will provide his own. The first step in preventing destructive chewing is to provide adequate chews for the dog. Rawhide is fine, and if Buddy has trouble getting it started, run some hot water over it and soften it just a bit. Solid rubber play toys also work wonders.

An easy lesson that works

If adequate chews have been provided, but your buddy still insists upon chewing your son’s favorite baseball glove, go ahead and give your buddy the glove – the whole glove! All at once!

That’s right, stuff it as securely into his mouth as you can, then tie it there so buddy can’t eject it. Carrying around a mouth full of glove that he can neither swallow nor eject, can turn such destructive chewing into a mighty unpleasing result.

Thirty to forty minutes of having to wear the object in the mouth does more to accomplish your task than any amount of beating. Among other things, such action as beating would cause your buddy to sneak, and do all of his destructive chewing in places where you’re not apt to catch him. The glove in the mouth method will actually give your dog an utter contempt for trying to chew other items.

The average American family consists of daddy, mommy, and 2.1 children. The “.1” must, of course, represent Buddy, the family dog. Buddy may have appeared, complete with a red ribbon, as a furry little bundle of Christmas cheer, nestled underneath a brightly decorated tree. But...

The most common issues that people have with new dogs that are kept out in the garden would be the “transplant the shrubbery game”. The cause here is one primarily of boredom. That’s right… sheer boredom. Dogs need toys of their own, just as small...

What makes a dog learn? Why does he do the things he does? Attempting to break the family dog of bad habits can be frustrating without the knowledge that it takes the average dog four days to learn the average thing. Being unaware of this...