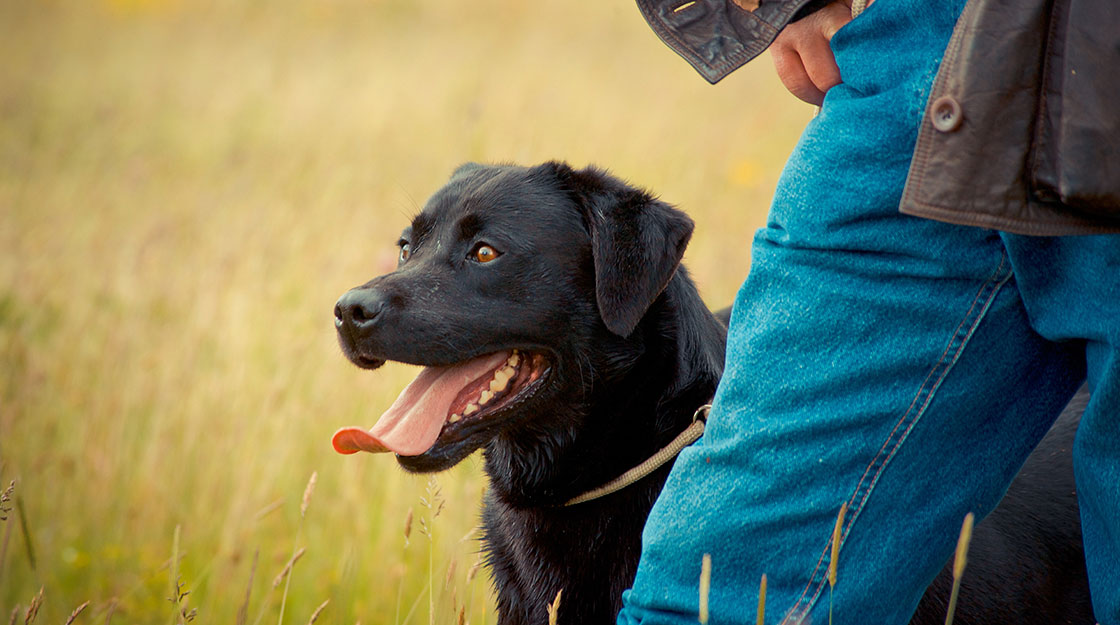 Cesar Millan, The Dog Whisperer, has studied dog behavior for years and with his profound knowledge helps dog owners understand how to take on the role of the pack leader with your dog, a role which is characterized as “calm & assertive.”
This calm and assertive leading role is based on confident body language and a tone of voice that signals to the dog who is in charge and who will take care of the things that need to be taken care of. Once the dog owner takes on the role of the pack leader, the dog will gladly take on his role of the follower, a role which allows him to relax, feel taken care of and behave like a good and happy dog.

Cesar Millan dog training starts with the walk. According to Millan, taking your dog for a walk is one of the most important components of dog training. This simple activity allows human and dog to bond and establish the appropriate roles in their relationship. The dog owner decides where they go, when they go, how fast and how far. The dog gets to practice following and also burns off excess energy which if not released would lead to bad behavior.

When walking your dog, you should make sure that the dog is slightly behind you and is not pulling in front of you instead. Pulling in front means the dog dominates the walk and dog owner, thus taking away the leadership role from you.
It’s very important to walk confidently with your head up and shoulders back. Without saying a word, you are telling your dog that you are in charge and that he doesn’t have to worry about anything that is happening around him.

Another component of Cesar Millan’s dog training philosophy are the “Rules, Boundaries, Limitations.” With these three things established, the dog clearly remembers who is the leader in the house.

For instance, you could establish a rule that before you and your dog go out the door, he must sit patiently. This will accomplishes several things.
Firstly, by sitting, the dog becomes calm and quiet which is better than having him to jump around excitedly. When you dog is calm before leaving the house, it’ll be much easier to attach his leash and to handle him walking on his leash.
Secondly, it reminds your dog that you are the boss and that he must follow your rules, regardless of how excited he is to get outdoors.

To establish this rule, you have to be consistent and patient. Get the leash, stand by the door and tell your dog to sit.

Once he sits, then proceed with putting on his leash, and then opening the door. If he gets up (which is very likely as he is just so excited to get outside as quickly as possible), stop what you are doing, don’t step through the doorway and wait. There’s no need to punish him by shouting at him or pulling his leash, just wait until he calms down. With practice, patience and consistency, your dog will eventually understand that he has to sit calmly and wait for the leaders sign to get up and get through the door.

Boundaries and limitations also include rules that define where the dog is allowed to go and where he may lie down. You may not want him in the kitchen or on the couch for example. Again, these type of limitations only solidify your role of the pack leader, which according to Cesar Millan and other dog trainers such as Doggy Dan is the start of achieving good dog behavior.

Millan’s dog training philosophy is to a large extent about people training, where the dog owner learns how to establish appropriate behavior that is in line with the natural hierarchy of dog packs and which naturally leads to a long lasting and happy relationship with his most loyal friend.

In his television show The Dog Whisperer, Cesar Milan makes controlling a dog look tremendously easy. If you follow his dog training philosophy which is based on exercise, discipline and affection, and manage to train yourself into becoming a calm and confident leader for your...

Puppies are adorable with their pot belly tummies, clumsy gait and boundless energy. However, their cuteness quickly fades when they chew up your remote control, go potty on your shoes or won’t listen to you. Now is the time to get your puppy under control...

Cesar Millan, one of the world’s most reknown dog trainers

Are you tired of coming home to chewed up pillows, remote controls and shoes? Are you fed up with being dragged by your dog when you take him for walks? Are you frustrated that your dog won’t stay off the couch and the bed? If...