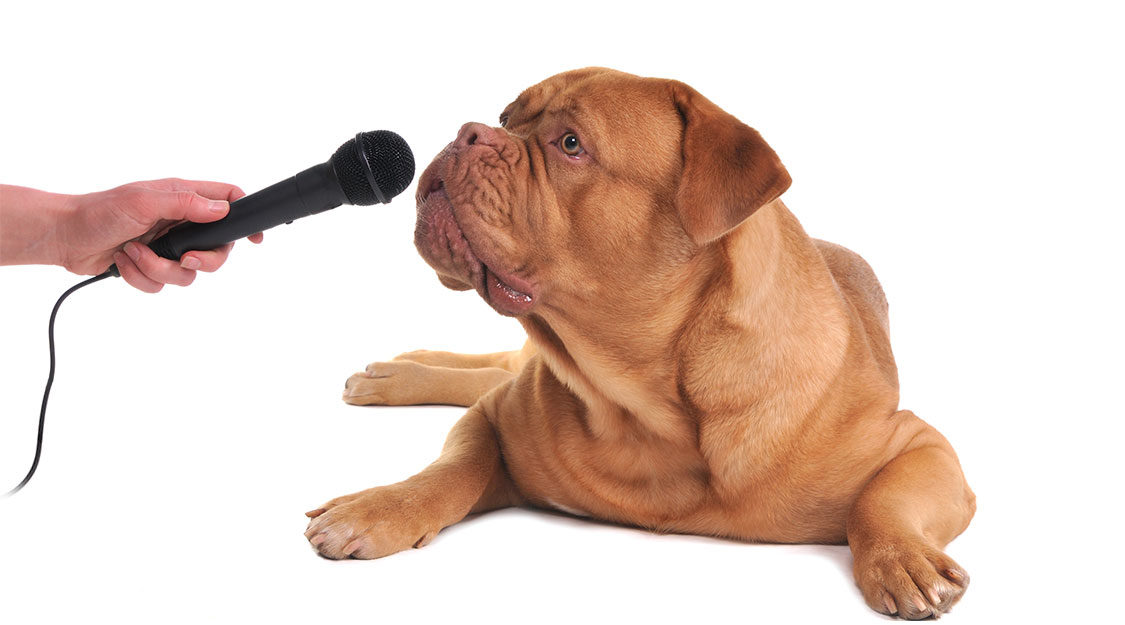 Reading your dog like a book in order to understand his “dog language” is reasonably uncomplicated most of the time. His body language is straightforward generally, but he can sometimes fool you. If he is frightened, for example, rather than friendly or curious, he is likely to bite you. A good indicator of his level... verder lezen

Understanding what your dog is telling you – Part 4

When your dog is doing funny stuff with his ears, tail, and other forms of odd body movement, he’s actually telling you: “Hey you! Yes you! I’m talking to you. Are you listening to me?” For example, a dog often uses his forepaw to show that he wants to keep the peace. He gives a... verder lezen

Understanding what your dog is telling you – Part 3

Most dog owners forget that the easiest way to bond with their pet, not to mention when also training the dog, is to understand basic dog language – body language, that is. Let’s talk about a dog’s tongue. He uses it primarily for getting food and water, and for cooling himself. When “speaking body language,”... verder lezen

Understanding what your dog is telling you – Part 2

When your dog is “talking’, do you listen? Are you paying proper attention? Barking is not the topic here, but rather, the way our dogs communicate to us and the world around them with the use of their body language, specifically the tail. There are lots of different wags. Plain, ordinary, enthusiastic wagging means “I’m... verder lezen

Understanding what your dog is telling you – Part 1

Your dog has the ability to tell you exactly how he feels – whether he is happy, sad, bored, excited, disgusted, puzzled, confident, uneasy or frightened. The inconspicuous and almost continuous movements of his eyes, ears, body and tail are his emotional body language and his primary means of communication. Researchers are finding that, rather... verder lezen

Last year, Angela, a single mother of three teenage boys, had been in contact with the Greyhound Pets of America (a rescue group that finds homes for retired racing greyhounds). She asked the group if they had an adult dog that would get along well with cats, as Angela also loved cats and had several... verder lezen

The right type of communication needed for dog training success

The most crucial factor that can spell the difference between success and failure in training your dog is attitude – both yours and your dog’s. While your family dog may have some pretty serious difficulties, your dog’s right attitude toward training will help overcome even his most intolerable behavior. However, control of your dog’s attitude... verder lezen

On the fourth day, as you repeat the procedures of the first three days, you’ll discover that there’s no more opposition and no games. This is simple enough, unless your dog happens to become momentarily distracted and forgetful. And that is just exactly what you want to happen, so that he will learn to overcome... verder lezen

Welcome to the second part of training your dog to “pay attention”. Continue with the same protocol and after fifteen minutes, get down on one knee to your dog’s level and untie the long-line from his collar, but don’t remove the collar yet. Just take a few moments to tell your dog what a great... verder lezen

In today’s article about the first week of training your dog, we are going to apply a basic method that was originated by Mr. William Koehler, a respected animal trainer. His first week’s long-line method (slightly changed here) should be highly praised as one of the greatest innovations in canine training. Regardless of how basic... verder lezen