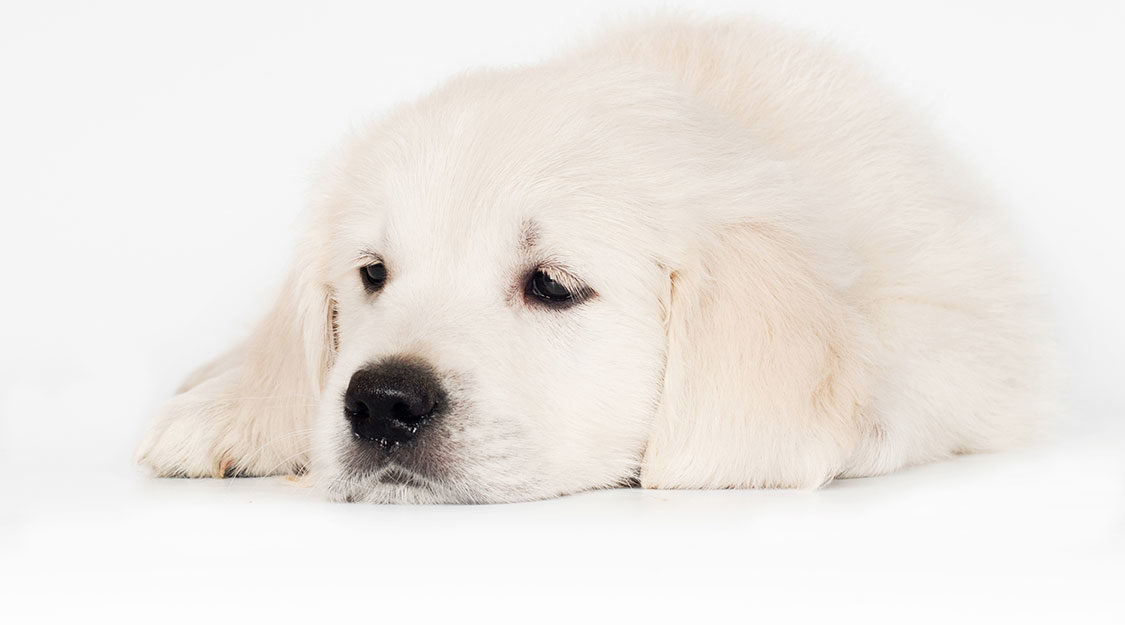 The signs of distemper vary, but most often include thick, pus-laden discharges from the eyes and nose, along with a deep productive cough, vomiting and diarrhea, pustules on the abdomen, convulsions, body or leg spasms, loss of appetite, weakness, depression, high fever which may fluctuate to normal, and thickening of the footpads

Obviously, other conditions can cause the same signs, many of which are not as serious and much easier to treat. A problem in diagnosis always confronts the veterinarian in early cases of canine distemper or those not following a typical pattern since positive confirmation of the disease depends on the sophisticated procedures of virus isolation and fluorescent antibody technique. Most veterinarians diagnose and treat based on clinical experience.

As with most viral diseases, there is no specific drug which will attack the CD virus in the body. Treatment is aimed at fighting secondary infection and controlling symptoms such as coughing, diarrhea, and convulsions. Vitamins and other body builders are often used to ward off debilitation and assist the animal’s own ability to fight the disease. Drugs such as ether and vitamin C have been advocated as therapy, but their value is yet to be proven in critical studies.

Distemper antiserum and vaccine have likewise been used therapeutically, but studies have shown that dogs with signs of distemper already have formed their own antibodies to the disease.

It is interesting to note that animals raised under sterile conditions show only very mild signs when infected with canine distemper. Apparently secondary bacterial invaders are responsible for the severe forms seen in practice. The virus seems to break down body tissues and resistance allowing other organisms to do their damage. This would partially explain the many clinical variations encountered.

The survival rate for this disease is not very high, especially if the animal is showing nervous system involvement, such as seizures and muscle spasms. Many cases follow a prolonged course of treatment and care. In spite of vigorous therapy and good nursing care, many dogs still have to be euthanized because of the intense suffering. It should be obvious that prevention is the best solution to a disease of this severity.

A description of the basics of immunity will help in understanding vaccination procedures used to prevent canine distemper. When a foreign substance enters the body (antigen), it reacts to destroy this invader.

One of the reactions is antibiotic formation. These are proteins that circulate in the blood, attach to the foreign substance, and form a harmless complex. It takes the body a few days to start making the anti-body, but once started, the antibody will persist for quite some time. Each different invader will stimulate the formation of the new antibody.

Kennel cough, the dog’s equivalent to the common cold – Causes and remedies

If you own a puppy or adult dog that was purchased from the local pet store, and he is coughing on a regular basis, then there is a solid possibility that your new dog has brought home “kennel cough”. With kennel cough, a dog will...