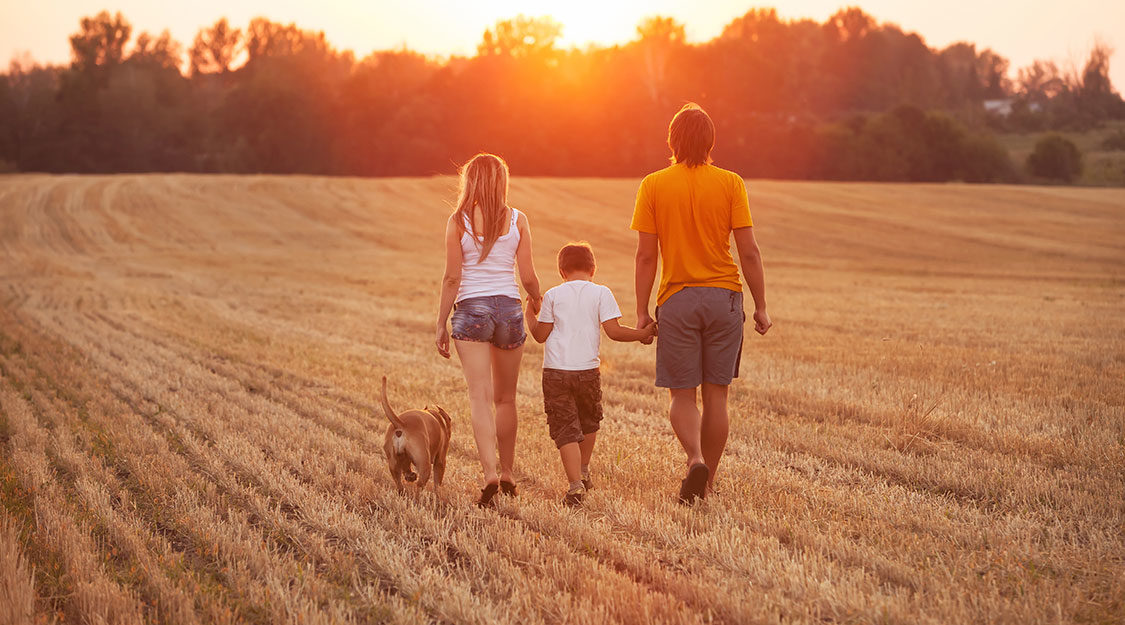 Play these family-oriented games to help your dog master good manners and basic commands. And please be sure to supervise all play that involves children.

This game will teach your dog to willingly release objects from its mouth when asked. Any object you start teaching this with should be large enough for your dog to hold one end while you hold the other. A length of heavy, soft knotted rope or a large, sturdy stuffed plush toy works well.

Start by wiggling the toy to make it interesting. In a playful voice, say “take it” and let your pup grab on. Praise and allow the dog to chew and play with the toy while you hold the other end. After a few moments, say “thank you” and offer your dog a treat from your other hand, holding it about six inches away from the side of his mouth. The dog will see and smell the treat and will let go of the toy to get the treat.

Don’t pull the toy away, just continue holding it. As soon as your dog eats the treat, offer the toy back, saying “take it”. Praise him for taking hold and let it play for a few moments before again saying, “thank you”, and trading it for another treat.

Repeat this sequence until your dog quickly releases the toy when you say “thank you”. Your dog will learn that it doesn’t lose the object by giving it to you. Then tray saying “thank you” without showing the dog a treat-swap.

Most dogs will release right away, expecting a treat. When it does, praise and immediately hand back the toy with a playful flourish, saying “take it”. The toy itself and the fun of grabbing and playing with it becomes a reward.

This game teaches the dog to come when family members call it. Start by teaching your dog to come for a treat reward. When it’s doing this well, start adding family members to the game one at a time. Give each player several dog treats to use as rewards. Deliver one treat reward to the dog each time it comes when called.

Start with two people, standing about ten feet apart. First, one person calls the dog and rewards it with a treat, then the other takes a turn and does the same. More players can be added as soon as the dog seems to understand the game.

When the dog is eagerly racing each person who calls it, start increasing the distance between players. As your dog gains skill and enthusiasm for this game, try playing in more stimulating environments, like the beach or the dog park.

Offer your dog a toy and pull lightly to start the tug game. Be gentle – rough tugging can hurt a young pup’s jaws and neck. An adult dog can handle stronger tugging. After a moment of tug play, say “thank you”, cueing the pup to release. Praise and hand back the toy with an exciting “take it”.

Play as many rounds of tug as you like, but remember – you, not the pup – should always initiate and end this game. Tug should never be a competition between you and your dog. It’s much better to make it a cooperative game that doesn’t have a winner or loser, hence the reason it is called tug of “peace”.

Why you should never let your dog beg for food & attention

Unless they are trained not to do so, most dogs will form the natural habit of begging for both attention and food. Some dog owners except this behavior and think it’s cute, but most people get annoyed very quickly when their dog starts to beg...

Teaching good manners to your dog is not just something to be left up to the adults of the house. Although mom and dad will usually bear the most responsibility for the family dog’s training, including children in the process is important, too. Your dog...

Making dog training a family affair is a fun and rewarding experience for everyone. To start, you must commit to declaring the rules that will govern your dog’s behavior, and let everyone know that these rules must be followed by everyone – because family-wide consistency...

Dogs do not come into the world knowing polite manners, so don’t expect your own family pet to abide by rules that it doesn’t know yet. Training is a process that takes time and repetition. Both management and training will be necessary to keep your...