Dog litter in our cities

Many urban areas are experiencing a new and profound concern with the increasing accumulations of dog litter in the city streets. With the huge concentration of dogs in metropolitan areas, whether as household pets or guard dogs, the city is experiencing a comparable increase in waste materials dotting the already run-down urban landscape.

Concern over environmental pollution in general is also on the rise. Many citizens and some media reporters have made a sensation over dog litter, claiming that every disease from the common cold to bubonic plague comes directly from dog litter. Some people have gone overboard by attempting to agitate parents with such slogans as “children before dogs”.

Fairly speaking, dog litter presents few problems of medical concern to the average citizen residing in large city areas. The more serious health hazard is, of course, to other dogs and not to humans. Diseases such as hepatitis and distemper are passed from infected dogs to healthy ones through saliva and urine, while internal parasites are transmitted through the stool of infected dogs.

However, for a human to contract any disease from dogs would require that he walk the street barefooted or physically ingest dog waste or fleas which is, of course, highly unlikely. The argument of the “children before dogs” group is that children will unwittingly eat dog fleas and stool. We assume that parents would not let their young children to play unattended on public streets, parks and pavements; and when they are old enough to play unattended, they have been taught the basics of cleanliness and hygiene.

More likely to be of significant danger to human health is contamination of food by roaches, rats, and the common housefly, none of which seems to be exciting enough for these same people who are so concerned with dog litter.

But regardless of who’s judging who, most people agree that dog litter does present an awful smell and unsightly pollution of our environment in an area that can hardly afford it. Every dog owner is responsible for the mess created by his dog. Whether it is a Great Dane or a Chihuahua, each dog does his share in contaminating natural resources and infuriating pedestrians.

It is puzzling that dog owners who are fortunate enough to have a backyard have no difficulty keeping it clean of dog waste; but these same owners will walk their dog out the front door and allow her to pollute the public street, which is basically everyone’s’ front yard.

Animal lovers have a sensitivity to nature and animals that is not known to people who have never loved a pet. But the love and sensitivity must go beyond our pets and encompass our human neighbors. We cannot ignore the rights and privileges of other people. Our dogs are our responsibility and we have no right to inflict them on others.

If we all clean up after our pets, we will be contributing to a substantially cleaner, more pleasant environment. It is up to us to preserve decent cities to our pets as well as for ourselves and our neighbors. 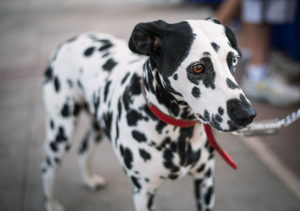 When choosing the right dog for city life, you can test new puppies out for behavior, character and personality, but the truth is that there really is no one all-around best temperament for a city dog. You should choose a dog with a temperament that... 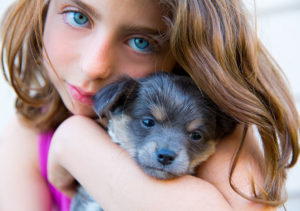 A good friend of mine lived with two Labrador retrievers in the city for years. In the city they were perfect gentlemen. And each fall season, they were the best dogs you could imagine in a duck blind. Dogs, like man, can learn to adapt...

There is an old theory that man creates dog in his own image. Through selective breeding, people in an area develop the type of dog that fits their personality. And city dwellers have a much different “living personality” than those people who reside in other...